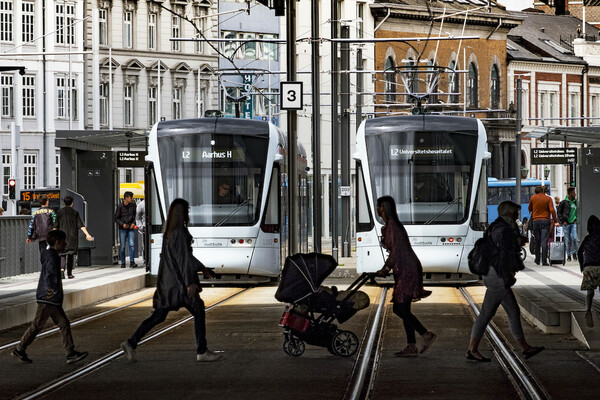 A new report from the Academy shows the role Rapid Transit systems can play in bringing city centres back.
4 Nov 2021
Report: Rapid Transit and Urban Recovery – how should towns and cities respond?
PDF (666 KB)
Download

A new report from The Academy of Urbanism shows the role Rapid Transit systems can play in bringing city centres back to life and regenerating poor neighbourhoods.

The report is based on a symposium comparing the impacts in Aarhus, Copenhagen, Dublin and Nottingham. The four case studies consider aspects such as value for money, impact on congestion and the environment, cost, and changes to the landscape.

“Whether it’s the pandemic, changes to shopping habits or more generalised decline, many towns and cities are worried about their future,” says Andrew Burrell, chair of The Academy of Urbanism.

“What we have seen from these four examples is that, integrated into a growth strategy, tram systems can have a transformative effect on city centres and neighbourhoods along their routes – attracting people to work and live, and businesses to establish.”

View the report and video of the event.

The Academy points to the Nottingham Express Transit (NET) to show how to achieve this ambition. The NET has led to major regeneration around its tram stops, jobs and training for hundreds of local people, as well as a significant boost to the local economy with employers contributing through a so far unique workspace parking levy.

The other three examples – Aarhus, Copenhagen and Dublin – show that increases in land value can also be used to pay for new tram systems. The city of Copenhagen set up a company with the government to pool public land, and used the uplift in land values to pay for building their two new metro lines.

The Academy hopes to work with cities in the UK that want to share experience and learn from the front-runners.

More information about The Academy of Urbanism