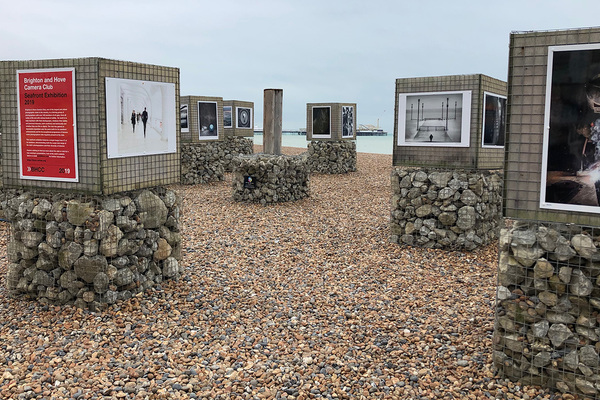 Brighton & Hove is a city by the sea with a population of 285,300. Known as a rainbow city because of its reputation for tolerance and cosmopolitanism, it has been a popular visitor destination for over a century and today attracts more than 11 million visitors a year. Its proximity to London has influenced its fortunes by attracting businesses and residents. But Brighton & Hove is neither a commuter nor a satellite town, it is a centre for commerce, with strong creative and digital sectors and a thriving and colourful community and culture.

The city is also home to 3,400 listed buildings and 33 Conservation Areas and has the only UNESCO International Biosphere Reserve located in a city. It is the combination of a diverse range of assets and a colourful community that creates a dynamic and innovative small city. Good governance is important to Brighton & Hove, the city has chosen a cabinet of councillors rather than a mayor because they believe this is more democratic, if sometimes a slower way to reach decisions. Brighton has a rainbow of political parties with red, green, blue and independent wards. Its cultural and political mix mean there are multiple views to be taken on board, matters are rarely polarised, making a collaborative approach to decision making essential.

The Council combines an outward looking city region approach with grassroots engagement that is delivering strong governance. There is an Economic Board for the City Region which brings together six Council leaders, the LEP and universities who work together. The driver for collaboration is to create a strong travel to work and travel to learn region. Better Brighton is a local think tank and charity which brings together funding from The Pebble Trust and resources in kind from the Council.The charity is managed by a Board which combines business, academic, local government, regional funding and social enterprise expertise from across the city. The think tank and its innovative funding structure provides long term, objective, non-political research into the challenges and opportunities facing the city to help the Council and others to work out how best to address them.

The seafront is carefully managed as a series of zones that; support retail diversity in the small units in the arches along the seafront; ensures a range of facilities that are for local people, including outdoor sports facilities and children’s play; and providing art and sculpture along the beach to create an interesting linear space that is an extension of the city centre. These commercial and community uses must be balanced with conserving the special natural environment and its status as a UNESCO Biosphere Reserve.

The Council is investing in several improvements along the seafront. West Street Shelter Hall and Rotunda is the flagship project. The Hall, once a shelter for visitors in inclement weather, is located at pivotal position along the seafront where there is a natural connection up into the city centre and to the station. Work to reconstruct the Hall started in October 2015.The first stage was essential work to save the seafront road, the A259, from collapse and secure it for the future. Rebuilding of the Hall will double the commercial space of the building, earning revenue for the Council which could contribute to future upkeep of the seafront. The work to rebuild the city’s seafront at West Street was kickstarted by a £9 million investment award from the Department for Transport’s Highways Maintenance Challenge Fund.The total cost is likely to be at least £19m, funded from government grants, borrowing and Council money. Shelter Hall is a good example of the Council’s policy to retain and invest in its assets. Small businesses are very much at the heart of what makes Brighton a colourful community. For the casual visitor the multitude of small independent and eclectic shops is visible manifestation of that.

The Council is keen to support and enable creative business and innovation. New England House is an eight-story building opened in 1963 and is the first purpose built high rise industrial business centre. It is now the vibrant home to a variety of organisations from digital media companies to magazines to a French bakery. The building is part of the brutalist architecture movement.The basements include enormous corridors to accommodate forklift trucks and massive industrial lifts to carry many tonnes of goods. While the building has a very special character it is in poor repair and requires urgent repairs. The council is working closely with the businesses and have appointed one of the occupants to look at creative ways to utilise the space to realise its potential.

The city’s biggest challenges are largely about the capacity constraints created by its location; it is by the sea and has a National Park on its doorstep. Brighton & Hove is a growing city with high housing prices, low incomes, an ageing population and a significant proportion of households with support needs. The increased demand for homes and the lack of available social housing has driven rent and house prices in the private sector to a point where essential workers on lower incomes are struggling to afford to live in the city.

Within the city centre, Kensington Street provides a good example of social housing provision, albeit on a small scale. The development is made up of nine new flats (including a fully wheelchair-accessible flat) and three houses built on three small pockets of council-owned land. The development was designed by the Council’s inhouse architectural team. The small sites were previously used for parking and home to some spectacular street art, which were photographed to preserve for posterity, before work began. Brighton is also beginning to tackle its transport and traffic issues. The Valley Gardens scheme which covers the green spaces that run from St Peter’s Church to the Palace Pier and the surrounding roads and footways. By looking at green spaces and traffic together, the city plans to deliver a much more pedestrian and cycling friendly environment, improved road safety and air quality, and to provide better highway infrastructure. The three Phases of the project are funded through the Council, the LEP, the Local Growth Fund and local developer contributions.