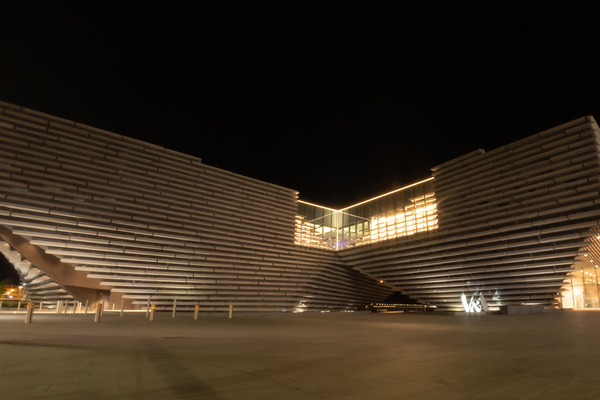 Dundee is a city of 148,750 people with a growing population; one in seven residents are students. Perhaps originally best known as the city of jute, jam and journalism, Dundee is now perhaps better known as home to the first V&A outside of London housed in an iconic building designed by Kengo Kuma. The V&A forms the centrepiece of the Council’s £1billion Waterfront regeneration project. What sits behind the V&A both physically and in aspiration is a hub for creative industries, media and life sciences, a thriving port, and a community led vision for the city. Dundee is a UNESCO City of Design and was voted the best place to live in Scotland in 2019. Strong leadership, combined with good partnerships, has delivered faith in the city’s capability to deliver, and funding has followed.

The City Development Department occupies a key position within Dundee City Council, providing strategic leadership and services which support delivery of the Council Plan for job creation and retention, quality of life and the promotion of choice and opportunity to maximise social inclusion. There is a strong commitment to retaining and investing in Council owned assets, including the V&A, with the phased release of assets for community trust management. It is notable that the Council has an in-house architectural team.

The community is actively engaged in decision- making in the city for example through the Dundee Decides initiative which saw over 11,000 people from as young as 11 voting on how to spend the £1.2million community infrastructure fund. Dundee was the first council in Scotland to allocate a proportion of its mainstream budget to a participatory budgeting process.

When Michelin announced its closure in Dundee last year, the Council worked closely with them to develop a legacy, which resulted in the Innovation Park focusing on sustainable transport and low carbon energy. The Park will be managed as a new company which is a partnership between Michelin, Scottish Enterprise and the Council.

Dundee is Scotland’s only Go Ultra Low City, and secured funding to become a model city for the uptake of electric vehicles (EVs). The city has an impressive number of charge areas both individual parking recharge spaces and also dedicated areas where there is recharging for different types of EV. The group visited one of the recharge areas located on a previous petrol station site.

The Council delivers its Strategic Housing Investment Plan working in partnership with local housing associations. The objective is to deliver affordable housing of the right type, in the right location and at the right time to meet the needs of residents. The Council has identified suitable council-owned sites and is working with housing associations to deliver a strong pipeline of affordable homes. This has led to Scottish Government allocating underspends from the national programme to Dundee, leading to more affordable homes being built. To date this partnership has delivered 557 affordable homes over the last 5-years without the need for developers to make developer contributions towards affordable housing. Around a quarter of the population live in RSLs and 17% in local authority housing. The average house price is £166,000.

Prioritising higher education within the city to support a young vibrant place to live, is not unique to Dundee but the emphasis on developing a deep connection between the two universities and the city’s priority sectors is notable. There are strong research partnerships e.g. with the Leverhulme Centre for forensic sciences, which is raising standards and promoting a realistic understanding of current forensic sciences and their potential. The university relationship with the Nine Elms Teaching Hospital in Dundee means that international students training to be doctors have hospital experience in the city in which they are studying. The university has established international outposts and is forging strong connections with China on bio-sciences and architecture.

While the city has many things to celebrate, Dundee continues to face the challenges of having wards of significantly deprived communities. 11% of the Dundee City population live in an area designated as “in the 5% most deprived in Scotland”. Nearly two-thirds of people living in these areas are of working age. The City Council has developed community centres within individual neighbourhoods where these are identified as a need by the community.

These centres provide a range of services including formal and informal learning, meeting spaces and support groups. The centres are frequently co-located with medical centres and/or schools to encourage crossover of functions and shared uses of facilities and to help breakdown barriers associated with learning and health. Where appropriate the running of these centres is gradually passed across to community trusts to manage.

The age range of the population of Dundee is polarised between young adults and older people. There is still a sense that young people who live or study in the city need to move away to find jobs, returning when they are older and possibly retired. However, that age gap is narrowing as the investments in the city start to deliver a place that offers more work opportunities and quality of life.

There is no doubt that Dundee is a small city on the up and a powerful 4th city in Scotland.