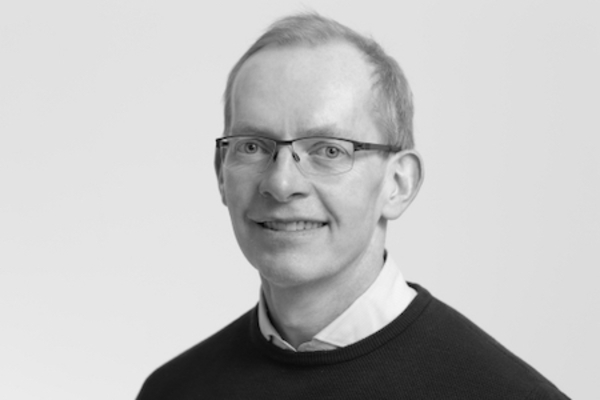 Philip is an Associate Director of Scott Tallon Walker Architects. He studied Architecture and Urban Design in Edinburgh and, following some years in practice, studied Urban Planning at postgraduate level in Oxford. Philip then spent 10 years based in London, Germany and the Far East, working on major large-scale master-planning projects.

He moved to Dublin in 1998 to join Scott Tallon Walker Architects as the Project Architect for a large inner-city acute hospital development. He became an Associate Director of Scott Tallon Walker Architects in 2005 and established our urban design and planning team.Philip is an advocate for improving people’s health and wellbeing through good quality architecture, urban design and planning.

Understanding how people are likely to use places and cities is fundamental to maximising the quality of life for people and achieving good design in a sustainable and efficient way. This is the guiding principle of Philip’s team. Philip has lectured at many Urban Design Conferences in Ireland and chaired several colloquia in specific Irish towns. As Chair of the RIAI Urban Design Committee, Philip has been instrumental in the development of the recently published the ‘RIAI Town and Village Toolkit’ which provides guidance on improving the quality of life for people in towns and villages based around health and well-being.

With his guidance and input, Scott Tallon Walker Architects have completed many complex and demanding urban projects. These range from small-scale urban infill developments to large complex developments in urban setting and include projects such as the Mater Misericordiae University hospital, the Aviva Stadium at Lansdowne Road as well as master plans for new residential quarters and planned urban extensions.