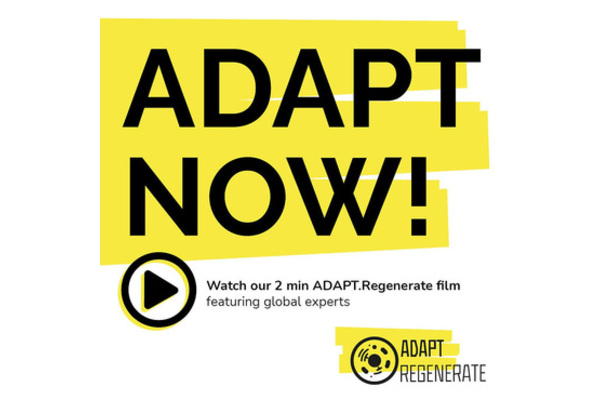 Short film from One Planet on the opening of COP26 to explore 'what next?
3 Nov 2021

OnePlanet has launched Adapt Now!, a short film on the opening of COP26 to explore 'what next?'.

The film is the first of a two part series. The second will follow after COP26 and share the solutions to increase our chances of good outcomes.

You can also join One Planet on Monday 8 November through their livestream of the launch of this film in Glasgow.