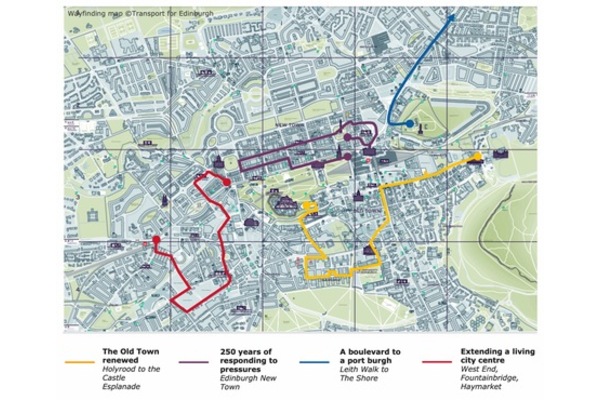 Missed Congress 2021 or just missing it? 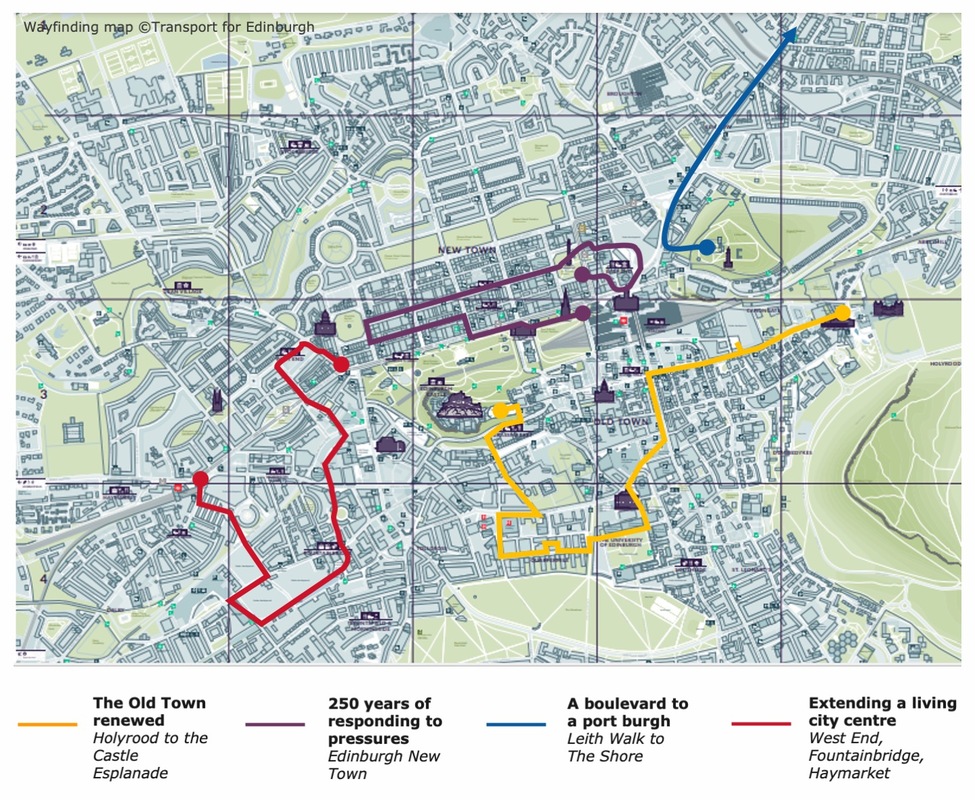 There is no denying that, as urbanists, we enjoy travelling and exploring new places, taking in every sight and sound on offer. Sadly for us, the pandemic had put a temporary stop to such opportunities in 2021. Whilst we were not able to pace the streets of Edinburgh in person, the Academy and the City of Edinburgh Council offered the next best thing through these specially curated city centre tours. Take a look at these virtual tours and (re)discover this unique city and its many gems.

Setting out from the Georgian streets of the city’s West End, this walk will explore the spaces and routes formed as the city centre has expanded into former goods yards and industrial land to its southwest.

The tour will contrast the business-focused Exchange district of the 80s and 90s with Fountainbridge, where a canalside neighbourhood is emerging. It then takes in the unique-to-Edinburgh 19th Century ‘Colonies’ housing at Dalry before arriving at Haymarket, where densities and building heights seek to respond to the accessibility offered by the recently refurbished train station and tram interchange.

Conceived as a response to the environmental, social, economic and cultural problems facing Edinburgh in the mid-18th Century, the deceptively simple plan of the first New Town has proven remarkably adaptable over the last 250 years.

Starting on Princes Street, where buildings date from every era, the tour will see how the current City Centre Transformation programme is bringing a people-focused approach to addressing pressures on street space, air quality and resilience to climate change. The tour will see how the centre is adapting to shifts in shopping and leisure expectations, through ambitious development such as the St James Quarter, and how previously closed spaces and histories are being opened up, as at St Andrew Square.

3. A boulevard to a port burgh: Leith Walk to The Shore

Exploring societal and urban design responses in adapting to a changing environment, this tour will make its way along Leith Walk, one of the longest thoroughfares in Edinburgh.

Beginning at Picardy Place, beneath Calton Hill, the tour will examine how this area has evolved. By following the extension of the Tramline, which will connect the City Centre to the Port of Leith and Newhaven harbour, the tour will delve into how the boulevard of Leith Walk is adapting to economic and mobility changes, with a focus on designing places for people and addressing the climate emergency.

4. The Old Town renewed: Holyrood to the Castle Esplanade

Embracing some of the lesser known parts of Edinburgh’s historic Old Town, this tour will examine how the area continues to adapt and evolve, with particular focus on urban renewal projects which have been delivered since the 1990s, new pedestrian routes, revitalised public realm and urban spaces.

Starting at Holyrood, we will ascend the Royal Mile, briefly glimpsing some of the ancient Closes before exploring the New Waverley quarter, currently entering its final development stages. The route will then include a range of projects delivered by the University of Edinburgh, the redevelopment of the former Edinburgh Royal Infirmary which now forms Quartermile and in the shadow of Edinburgh Castle, the Grassmarket – a past ‘Great Place’ finalist.